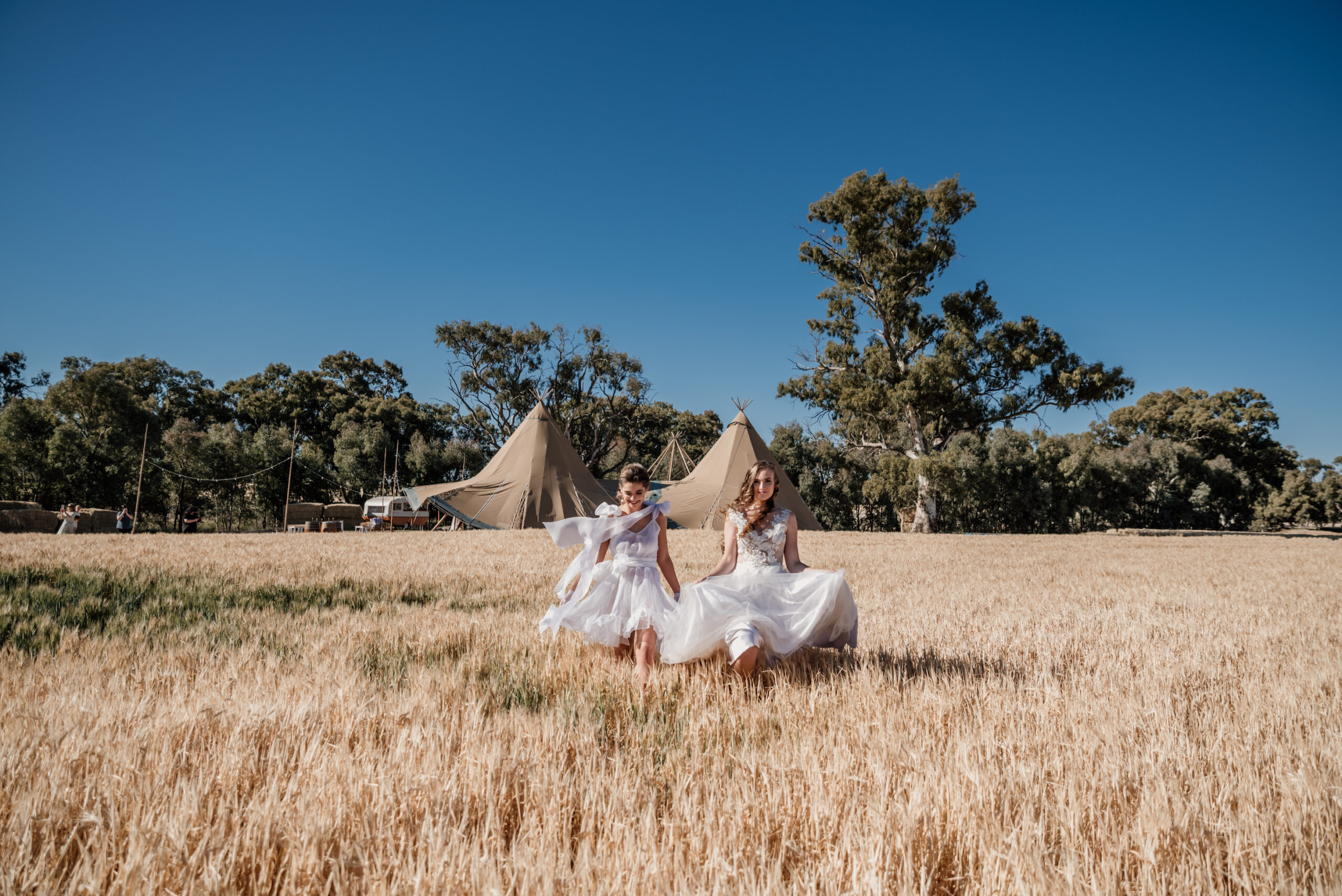 Fleurieu in the Flinders, the meeting of two designers

When Megan Caldersmith and Nikki Atkinson met at Fashion college in 1988 neither would have imagined they’d be best friends and collaborating on a bridal shoot in the Flinders Ranges 34 years later. On finishing college, the girls worked together at Puddleduck Designs and it was here they realised their skills complimented each other’s and a special friendship and work life began. In 1995 they purchased Betrothed Bridal Wear and in 2000 won Bridal designers of the year.

The now best friends sold Betrothed in 2003 to start the next chapter of their lives – Nikki in Wilmington SA and Megan in WA. Fast forward to 2022 and the two are still hopelessly addicted to weddings and working as bridal fashion designers in their own businesses, Megan in McLaren Vale and Nikki in Wilmington.

Loving the regions in which they live and work, they were inspired to collaborate and showcase the best of what each has to offer. Late in 2021 the Fleurieu crew (Megan from She Sews, Deb Saunders photographer, Anna from Petal Paramount and Cherie from Tipi Lane) met the Flinders gals (Nikki from Liv Sienne, Meridee Groves photographer, Kismet’s Hair, makeup by Georgina and Courtney and three local models) for a two-day shoot in Wilmington.

The brief for this shoot was to highlight the stunning contrasts in the natural landscape of the Flinders Ranges. Its colours ranging from the burnt ochre of ancient rock faces, soft browns of native grasses and greenery of the gums struck a heavenly balance with the calm whites and bold blacks of the bespoke gowns by She Sews and Liv Sienne.

Sitting pretty in the middle of all the action was the reception setup by Tipi Lane. Tipi Lane, who are a venue in their own right, are also synonymous for their relaxed boho styling in the form of both giant tipis and their special naked tipis. They erected both style of tipi, styled with rattan furniture and a giant hanging wreath which was beautifully adorned with florals by Petal Paramount.

Scroll down to feast your eyes on some of the gorgeous photos, along with some cheeky behind the scenes snaps with thanks to Deb Saunders Photography and Meridee Groves Photography.